Difference between revisions of "Armamentalist" 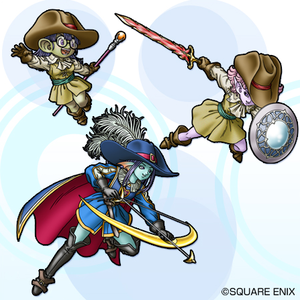 Armamentalists in Dragon Quest X
An adept who combines the abilities of a warrior with a mage's magical prowess. --Description from Dragon Quest VII

The Armamentalist (魔法戦士, Mahou Senshi, lit. Magic Warrior), also known as the Magic Knight, is a class in the Dragon Quest series. Combining the attributes of Warriors and Magi, they have shifted from single-target specialists to capable crowd-controllers since their debut, and have gained a Musketeer motif in official illustrations.

Armamentalists gain strong spells and skills at the expense of most stats. A character needs to master both the Warrior and Mage vocations to become a Armamentalist. They are the only advanced vocation to feature no additional traits or special effects. 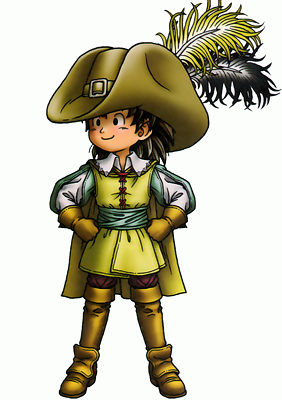 In the PS1 version, the class was known as the Ranger. They are still the reliable magic knight it was in VI, and requires the same prerequisites. In the 3DS version, Armamentalist outfits are similar to stereotypical musketeers, wearing tunics, leather boots, and large plumed hats like those seen in Dragon Quest IX. 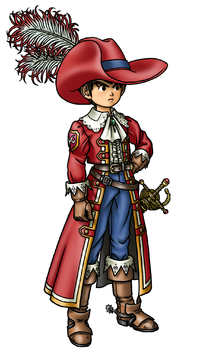 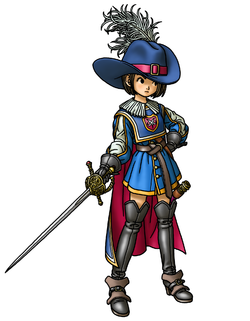 An armamentalist is a powerful proponent of the formidable Fource, they can can wield wands, bows and swords while also weakening enemies with a variety of status effects. However, they are not very good at directly damaging enemies and have subpar defenses. Their Coup-de-Grace is "Voice of Experience," which increases the EXP payout after battle by a random rate.

The Armamentalist's class-unique skill is Fource. The Fource skill tree provides many bonuses to health, defense, strength, and attack. You will also unlock different Fources, (i.e., Fire Fource, Funeral Fource, etc) that allow the Armamentalist to imbue other party members with elemental attributes, raising their elemental defense as well as allowing them to deal damage based on the corresponding element of the used. Multiple fource's can be used on a character at the same time (or on all of the party if you finished the lvl 40 class quest and keep the rewarded scroll in the Armamentalist's inventory).