Difference between revisions of "Druid" 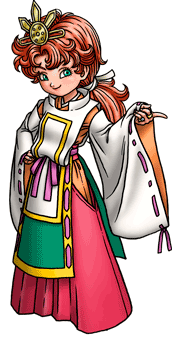 The Druid's magical power is unparalleled by any human, the very forces of nature bowing to their every whim. The tides, the storms, even the cracking fury of the earth itself is under their control.

The Druid also casts spells for less MP, much like the Sage, and have access to a far greater pool of spells and skills. In order to become a Druid, one must master both the Sage and Luminary vocations.