Difference between revisions of "Fortune Teller" 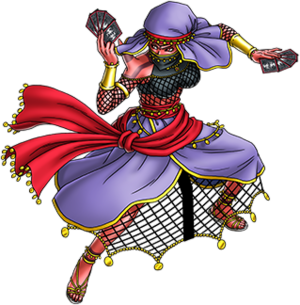 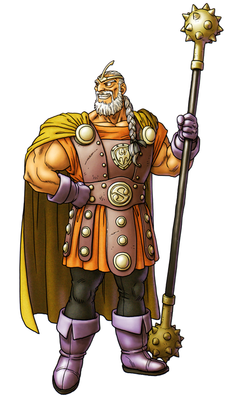 Staves are a relatively new weapon type in the Dragon Quest series, typically used by Martial Artists and Priests. Debuting as a distinct category in Dragon Quest IX, they are primarily used for defence in the way of avoiding attacks out right. While this does not limit the use of the weapon to less-resilient characters, it is still advised to equip them to any character in need of extra evasion. Staves are effective against the living dead, dealing 10% more damage under all conditions.

They are similar to the real life gun, bō, and quarterstaff, which are used in martial arts.

While falling under the same category as wands in guidebooks, there are some staves in this game that have no magical properties of their own and resemble those found in later games. Both the Hero and his son are capable of equipping them.

Staves may be equipped by martial artists and priests by default, and then by any character that adds 100 points to the skill tree.

Staves are the weapon of choice of King Doric.

s, Swords, and Whips. Their unique ability is to use use tarot cards in battle to provide a variety of effects; 22 arcana with 78 variations per card that can be organized into a single deck of twenty cards. This gives the fortune teller 1716 options to choose from when assembling a deck.

A hand of four cards out of the twenty card deck is drawn once battle commences. A fortune teller can choose to play that card or use their turn to shuffle it back into their deck and draw another card instead. In either case a new card is added to the hand so that four are available at any time. Each card has certain conditions that can double it's potency if met, noted by an aura that appears on the card.