Difference between revisions of "Gadabout" 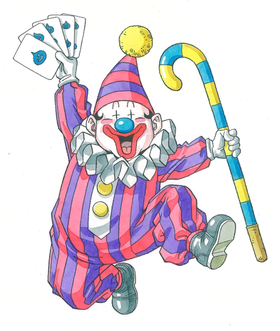 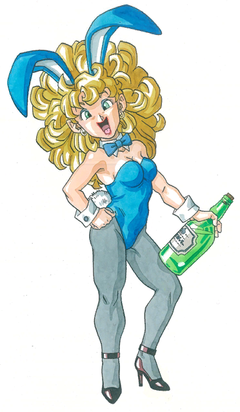 The Gadabout (遊び人, Asobinin), also known as the Jester, is a recurring vocation in the Dragon Quest series. Design wise, gadabouts were originally split between dressing as clowns for men and bunny girls for women, but with the reintroduction of the profession in X and the 3DS remake of VII this practice has since been retired in lieu of both sexes dressing as clowns.

Gadabouts march to the beat of their own drum, often ignoring any commands from the player for their own buffoonery that can have positive or negative impact on the party. The number of possible antics increases with their level or rank, depending on the game, with more extreme actions becoming available. Quite literally a joke character, the Gadabout is poor in nearly every attribute, save for their incredible luck in III and a small style boost in VI and VII. 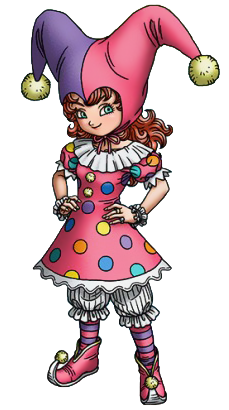 Once again, Jester is one of the basic classes available. Mastering it is a prerequisite to unlock the Luminary vocation, along with Dancer and Troubadour. The Jester's attributes decline in all categories save for style which might be hard to deal with at first and the skills aren't worth using, but the vocation is required for a character to become a Luminary and then a Druid later on. When Ruff is this class, his wolf has a clown's red nose.