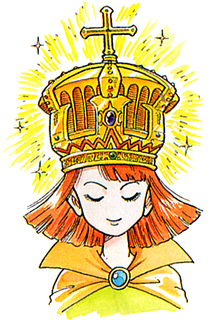 The King's crown (formerly known as Crown and Golden Crown) is a helmet item in Dragon Quest III. It is received after defeating Robbin' 'Ood in the Skyfell Tower.