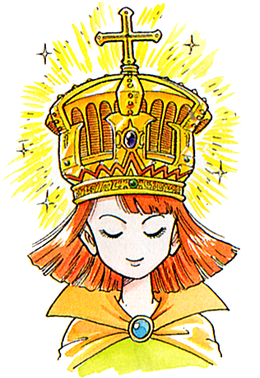 After tracking down Kandar in the tower and defeating him, he will leave the crown behind before escaping from the tower. The crown can then be returned to Romaly where the hero can temporarily become the king. However, in order to proceed in the game, the hero must talk to the previous king again and give up the throne. The crown is not recoverable after speaking with the king of Romaly after defeating Kandar.