Difference between revisions of "Mage" 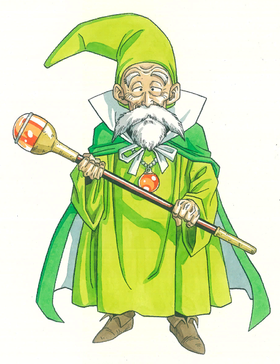 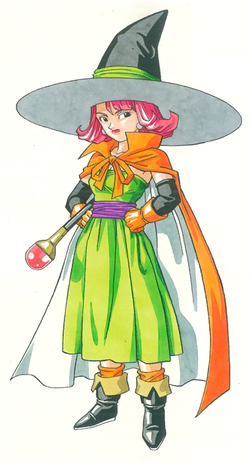 A magic-user who fights with spells, and is able to master a wealth of attack magic. --Description in Dragon Quest VII.

The Mage (魔法使い, Mahou Tsukai) is a recurring vocation in the Dragon Quest series. An iconic staple of medieval fantasy, the magi typically have high Wisdom and MP to facilitate their offensive spellcasting, but low Strength, Resilience and poor equipment choices that hamper their physical prowess and survivability.

As the premiere magical vocation, the Mage specializes in casting destructive and debilitating spells, but performs poorly at melee combat; though magi have high Wisdom, they are physically frail and cannot equip heavy weapons such as swords, axes, spears, or heavy armor.

Magi focus on crowd control, with most spells targeting multiple enemies at once. Offensive spells that do focus on one enemy usually keep pace with the physical attacks of melee characters until the late game, where it is better to buff such a character with Oomph instead. A mage can also use the Evac spell to get the party out of a dungeon when things are dire, and can cast Zoom in most games as well.

Mage is one of the basic vocations available at Alltrades Abbey. It is a prerequisite for the Sage and Armamentalist vocations.

The Mage's spells are useful after the events at Alltrades Abbey, but when combined with the mastered Priest class, the character can become a Sage and learn much more devastating spells and a Druid afterwards.

The mage class is available at the start of the game and has the unique skillset "Spellcraft". Mages can also use skill points to learn Knife, Wand, Whip, and Shield skills. Their Coup-de-Grace is "0 Zone," which reduces their MP cost to zero for a few turns.

Compared to a Sage, Magi have fewer options in battle. However, this is made up for in sheer Magical Might, with the Magus' proficiency far surpassing the Sage's even before stat-boosting equipment is taken into consideration. This makes them excellent at crowd control and inflicting incredible damage to bosses.