Difference between revisions of "Paladin" 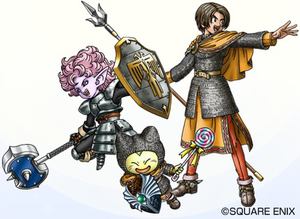 The Paladin (パラディン, Paradin) is a defensively-oriented vocation in the Dragon Quest series. Originally, the vocation was depicted as more of a "Holy Karate-ka" rather than the typical heavily armored knight. Starting with IX, the vocation has shifted to better reflect the popular perception.

The Paladin increases Strength, Agility and Wisdom in VI and VII, and possess a low chance of killing the enemy instantly by striking a soft spot. This chance rises when the higher rank the paladin is, and varies between two titles.

In IX, the Paladin loses its Agility and ability to instantly slay monsters in exchange for a much more durable body, focusing the vocation's skills and spells entirely on defending the party.

A character needs to master both the Martial Artist and Priest vocations to become a Paladin. 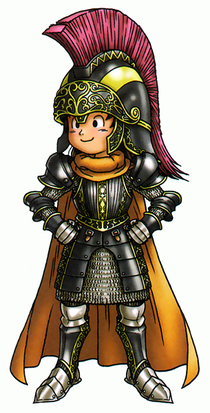 As before, characters become Paladins by mastering the Priest and Martial Artist vocations, and can go on to become Champions when combined with Gladiators.

The Paladin's innate ability to instantly kill one enemy is low even at rank 8, and will not work on bosses. As for the skills, Kerplunk isn't a useful skill except as a last resort. Forbearance and Selflessness are extremely useful, but extra care must be used when facing enemies that utilize multi-target skills and spells, as the Paladin will take up to four times the damage. Thin Air is a very useful skill as, like Wind Sickles, it grows stronger with higher levels. Pearly Gates is also useful but due to the fact that it only hits one group and it cost 20 MP to cast, you are better off using Thin Air.

In regards to career advancement, the Paladin can combine the mastered Gladiator class to become a Godhand and have access to some of the best offensive skills in the game. 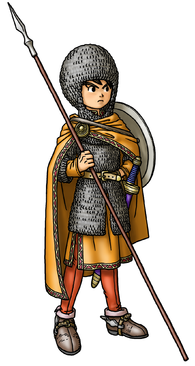 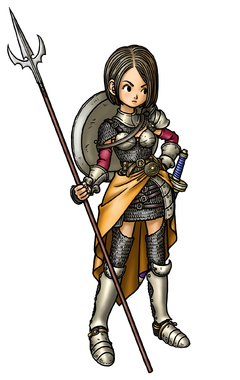 The Paladin vocation is late in the game after completing Quest 114. Paladins have the unique skillset "Virtue", and can also use skill points to learn Hammer, Spear, Wand, and Shield skills. Their Coup-de-Grace is "Knight's Watch," which prevents all damage and enrages all enemies.

Many players consider the vocation to be a Goddess-send when facing Legacy Bosses, as the beasts can very easily obliterate an unguarded party even at high levels. Due to elemental resisting equipment now working off of percentages rather than static numbers, it is slightly easier to keep a Paladin alive when he or she bears the brunt of a multi-striking ability.