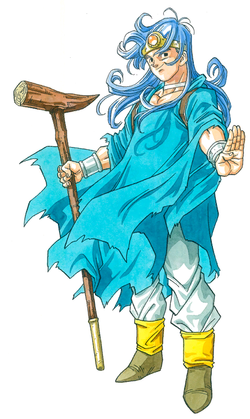 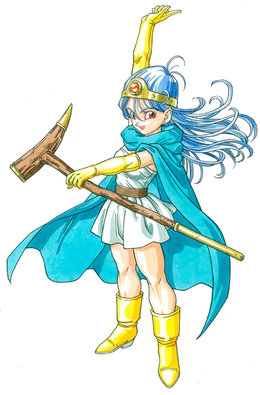 The Sage (賢者, Kenja) is a recurring Vocation in the Dragon Quest series. Proficient with both schools of magic, they are often the most powerful casters in their respective games.

Sages are renowned for their mastery of the magical arts, with those in older titles having the ability to cast nearly every spell and those of later titles having the largest MP pool by far. As of the ninth game sages have more restricted spell lists than before, but compensate for this by having equally high magical might and mending stats that allow them to alternate between crowd control and healing with ease.

Sages often appear as important NPCs in several titles, being characters the protagonists turn to for advice or posthumous characters that leave behind artifacts that are important to a game's plotline. Sage NPCs are also accomplished alchemists, having created the eponymous stone that appears in several games.

In order for a party member to become a sage, they must be level 20 and have the Words of Wisdom in their possession. The Gadabout is the only class that doesn't need the scroll to become a sage; instead, all they need is to reach level 20. 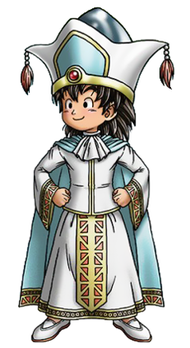 In order to become a sage the party member must first master both the Priest and Mage vocations as before. By also mastering the Luminary, characters can become Druids and gain even more magical skill. 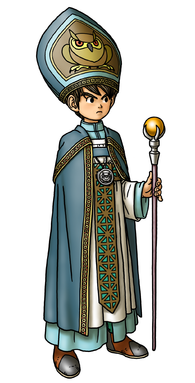 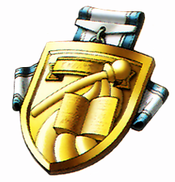 (The Sage vocation is late in the game after completing Quest 115. Sages have the unique skillset "Enlightenment", and can also use skill points to learn Boomerangs, Bows, Wands and Shields skills. Their Coup-de-Grace is "Spelly Breath," which recharges a portion of their MP.

Sages are no longer the literal hybrid of Magi and Priests, but nevertheless have access to incredible magical capabilities. They can reinforce the party with Kabuff and Magic Barrier, decimate foes with darkness and explosions, and keep their allies alive with Multiheal and Moreheal. However, Sages can't deal the same level of damage Magi can, nor can they heal as effectively as a Priest without carefully selected equipment. Thus, parties seeking powerful multi-target damage should stick with a Mage, and those wanting powerful healing spells should stick with a Priest. On the other hand, combining the elements of a Mage and a Priest can free up a slot in the party, allowing for more versatile party combinations.

Sages are they appear in Walk

Sages were added to the game in the January 2020 update. A character must have first reached level 50 in the mage and priest vocations to unlock the Sage, and the weapon choices are Boomerangs, Staves, and Whips.