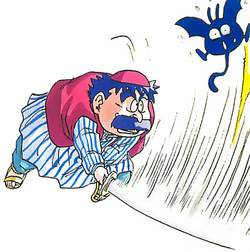 Torneko no Daibōken: Fushigi no DungeonEdit