Downloadable Content (DLC) is available for both the original release of Dragon Quest XI: Echoes of an Elusive Age and Definitive Edition.

The DLC available in the western releases is free, or obtained as free pre-order bonuses. The Japanese releases of XI S include the only paid dlc for the game: voice dramas.

The DLC in all the editions of XI must be claimed in-game by selecting 'Misc.' → 'System Settings' → 'Claim Special Rewards'. 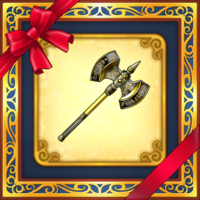 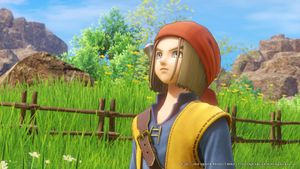 The Luminary wearing the Trodain Outfit.

In the S version, claiming the sets that contain the Trodain Outfit unlocks the option to change the overworld theme to the one from the Dragon Quest VIII Soundtrack ("Strange World").