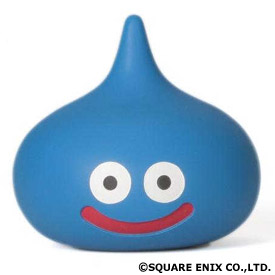 Dragon Quest Sofubi Monster is a line of vinyl figures released by Square Enix. The series began in 2007, with the latest additions released in August 2012. The company usually releases additions to the line in sets of four, though the more recent releases have been in sets of three or even two.

So far, Square Enix has released the following products in this line:

As of March 2011, the Square Enix Shop lists the following figures available for purchase in North America:

It is unknown if Square Enix will release additional figures.

The following larger verions have also been released: