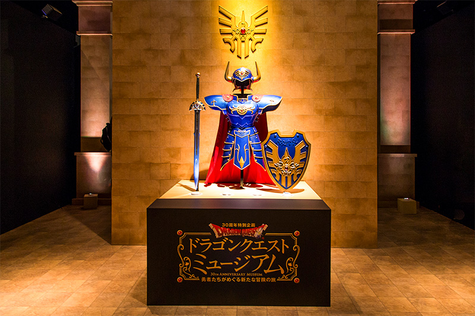 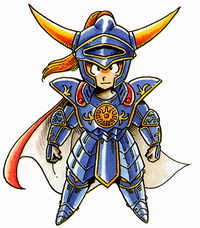 The auroral armor is available for to players in chapter 5, and requires three chunks of zenithium, two ingots of Orichalcum, one gold ingot, one ruby, two pelts of fine fur, and a length of cord to assemble. It increases the Builder's defence by +30 and renders them immune to poison and lava.

The helmet is only available in the SF version and subsequent remakes, and originally belonged to Ortega. It is found in the village of Muor. The helmet will add +30 defence, but offer no protection against debilitating magic except in the GBC version, where it will reduce the chance of being afflicted by snooze, dazzle, and sap by 50%. This aspect was removed in the subsequent mobile phone release.

Erdrick's shield is found in the castle of Cannock, watched over by an old sage in the center of the building's pond. The Golden Key is required to enter the tiny islet. Once obtained, the shield will boost Midenhall's defence by +30.