Martial artists have a great amount of Agility and Strength. They can deal devastating amounts of damage from a single strike, and can be equipped with a variety of weapons. However, if equipped with any weapon other than a claw in III, a Martial Artist's abilities will actually decrease as his or her Attack power will lower considerably. Compared to other vocations, Martial Artists have a very limited armor selection, particularly when it comes to shields and headwear. This can be a boon to the party's finances as unlike Warriors, it is not necessary to continuously upgrade the Martial Artist's equipment. Most of their armor consists of lightweight vests and other clothing designed for ease of movement.

A pugilist has a higher chance of scoring a critical hit on an enemy than other vocations, with their ratio being dependent on their level instead of staying at a fixed 1⁄64 chance throughout the game. In all versions of III the formula is LvL/256, capping once the martial artist reaches level 64 (25%). For VI and VII the formula is dependent on the character's rank in the vocation, capping at 1⁄8 when the vocation is mastered. Critical hits utilize a character's Deftness in IX and subsequent titles, with martial artists receiving no special treatment other than a high aptitude for the stat. 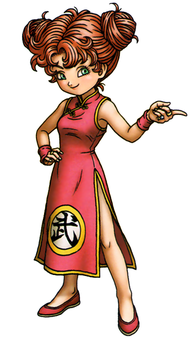 The Critical Hit rate has been changed slightly from VI, but the cap is still 1/8th.

The M.A.'s skill Wind Sickles is worth learning as it grows in strength the higher the level. In terms of development, the M.A. is required in order to become a Gladiator and Paladin. The great thing about Martial Artists is that these two classes combine to make a Godhand. The Godhand is worth investing some time and battles in getting if the player is looking to go to the Bonus Dungeons. 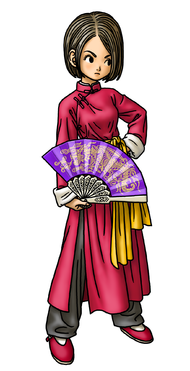 The Martial Artist (Monk) vocation is available at the start of the game and has the unique skill set "Focus". Martial Artists can also use skill points to learn Fans, Staves, Claws, and Fisticuff skills. Their Coup-de-Grace is "Roaring Tirade," which terrorizes all enemies and raises tension by one level. As mentioned above, a Martial Artist is no more likely to land a Critical Hit than a character with the same Deftness stat. 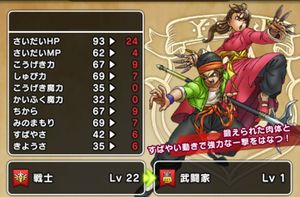 Status screen for a character changing from a warrior to a Martial Artist in Walk.

The Martial Artist is available to players from the beginning of the game, and allows them to equip Claws, Spears, and Whips.

The Martial Artist from Dragon Quest III appears as a special costume for the Mii Brawler.